One can safely presume that there’s a little movie and television buff in all of us. After all, movies allow us to explore different worlds and experiences and find solace in the imaginary world of film. And, nothing compares to the momentary thrill of personally and intimately connecting with a character, plot or scene, when something familiar to us appears on-screen.

For those in the print industry, that moment is the feeling of awe when they saw the image of a printing press captured forever on a screen. It’s a rush and a reminder of the legacy that printing machines carry forward.

While cinema may not have an overt love affair with printing presses, it does have the desire to recreate and relive history through film. And since the printing press has been such an integral part of history, it’s no surprise that we’ve seen it pop up in countless storylines and scripts over the years.

Printing presses made their debut through a silent film “The Printer’s Devil” in 1920. Movies concerning newspaper operations (large and small) became popular at the period since many films in the 1930s and 1940s concentrated on current events and headline news. “Citizen Kane,” “Mr. Smith Goes to Washington,” and two Bogart movies, “Passage to Marseille” and “Deadline USA,” are among the classics from this era.

The opening credits of “Mr. Magorium’s Magic Emporium” set the tone of the movie showcasing a platen press of some sort that is churning out books (apparently magical).

Presses also aided in the development of the plot, as shown in the thrilling chase through a newspaper factory in the James Bond movie “Tomorrow Never Dies.”

Printing presses have also been integral to the production of climactic endings, as evidenced by “State of Play” and “The Book of Eli”. In the former, the closing credits are set against a background of the final printing stages of a newspaper. In the latter, Denzel Washington must safeguard a precious book in a world gone to ruin, ultimately culminating with the book being reproduced on a still-functioning letterpress.

In the film “The Mask,” fans of Jim Carrey are treated to a funny scene where his character is threatened to be thrown into a printing press when he refuses to give up his mask to the bad guys.

Who would imagine printing presses could be capable of eliciting laughter—or, stranger yet, making them cry? It seems almost inconceivable.

But movies such as “Schindler’s List,” “The Pianist,” and “Seven Pounds” (subtly or boldly) employ the use of printing machines to evoke strong feelings in viewers.

For animated fans, there’s a short feature about printer and founding father Ben Franklin. In Disney’s “Ben & Me” (1953), a mouse reports the town news to Franklin, and helps Ben typeset and print a daily newspaper.

Movies featuring printing machines often tell stories of technological progress and the power of information. Here is a compilation of some major motion pictures that feature printing machines.

The 1994 movie is a hilarious comedy about a newspaper struggling to stay afloat in a digital age. A lot of the improbable action takes place around the tabloid newspaper’s web offset newspaper press.

In this film, Will Smith’s character falls in love with a woman who used to print cards and wedding invitations for a living and keeps a broken Heidelberg printing press in her garage.

Catch Me If You Can

In the 2003 movie adaptation of the true story of Frank W. Abagnale, portrayed by Leonardo DiCaprio, an FBI agent is questioning the work done on some counterfeit bank notes with particular regard to their quality.

Three Stooges as printers in the 1965 film “The Outlaws is Coming”.

They used an abandoned old print shop for the training base. A lot of printing equipment can be seen in the background though the exact models of the presses are hard to make out. The equipment were procured from The International Print Museum in the US.

It is a biopic about Alan Turing and his work breaking wartime codes with the help of a printing machine.

The most recent film featuring this adventure-loving bear also features a Heidelberg press. Paddington’s cousin, Judy, gets her heart broken and finds a new hobby of printing newspapers at school after she finds an old printing press at school.

A 1969 episode of Scooby-Doo titled, “The Backstage Rage” shows this press.

The press was being used to counterfeit $20!

Non-English film fans can see printing machines featured in French movies, “Paris, je t’aime,” and “The Counterfeiters of Paris,” where printing presses are seen throughout the films.

The German movie “The Counterfeiters” (original German title: Die Fälscher) fictionalizes Operation Berhard and is about Nazi prisoners who were forced to run counterfeit presses in German POW camps during World War II.

These movies demonstrate the power of the printing machine in society and show how it has evolved over time to become an integral part of our lives. Whether it’s creating newspapers, helping to break wartime codes, or advancing the tech industry, the printing machine plays an important role in our society.

Machine Dalal platform is preferred by buyers and sellers from the global print industry to get directly connected with each other and trade their machinery. 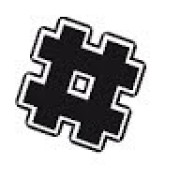 Deprinting- A Technology That Makes Paper Reusable for Printing

PostScript Source Code Made Public After 40 Years of Its Creation

The Philosophy of Designing Printing Presses

Machine Dalal is a global trading platform for the print, packaging and converting industry.